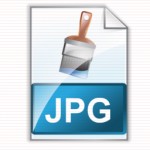 When using graphics, photos, images, clip art etc for use use in things such as web pages, documents, printing, and presentations it is important that you use the correct format for the required task.

Using the wrong graphic format could result in a web page that takes far too long to load, or a printed page with some poor quality graphic, so the choice of which graphic format to use is one that should be done carefully.

There are many different types of graphic format but they all fall in to one of two major groups:

Raster graphic formats are those where the image is made up of a grid of tiny squares called pixels. Each pixel can display a different colour, and this allows extremely complex pictures to be created, which means that the raster format is very good for things like photographs, and artwork is is the main contributor towards making it the most popular graphic type in the world.

Lossy – with ‘lossy’ compression unnecessary or duplicated data is stripped out the graphics file which in turn will reduce its size, but will also inevitably reduce the quality of the resulting image.

Lossless – with ‘lossless’ compression there is no discarding of data, it is instead temporarily removed, this means that the new image will retain the quality of the original, even after compression.

The five most common raster image formats are:

JPEG – This a lossy format that can be highly compressed (at the expense of quality) which makes it ideal for such things as web pages, emails etc where low image size is preferable.

GIF – This is a lossless image format that still produces a small file size, and it mostly used for things such as clip art and web adverts where the quality of the image is not important.

BMP – Commonly known as Bitmaps, this is a Microsoft devised format for storing of images, the files are uncompressed, and are generally very large. In general other file format are preferable to BMP’s.

PNG – This is a developed and more advanced version of the GIF, which is also lossless, it provides better colour options, compression than the GIF, and is becoming more popular on websites.

TIFF – Another lossless image format that offers benefits that make it ideal for printing. File sizes tend to quite high, but image quality is excellent.

The second type of file format in common use is the vector format, which differs from the Raster format in that rather than the image being built up in small blocks, the images are composed of mathematically defined geometric shapes e.g. circles, lines, squares, polygons, etc.

Vector formats are generally proprietary, and will only work with the program that they were originally created with, although there are more and more programs that will support multiple vector formats. Vectors format files tend to be used on professional level programs such Computer Aided Design, 2D graphic artwork etc.

Vector images have two main advantages over their Raster brothers

WMF – Short for Windows Meta File, a format devised by Microsoft, and commonly used in it’s ‘Office’ suite of products.

PCT – An abbreviation of ‘Picture’, this is the standard vector image format used by most Apple Macintosh products.

EPS – The Encapsulated Post Script file is a widely used format for printers and desktop publishing programs that can be used on a variety of platforms including Macintosh and Windows.

In conclusion, for the average user Raster formats are probably the graphic format they will encounter and use the most, however for professional uses then a Vector format is preferable, although the high quality of a .TIFF file will give even the best vector file a run for its money.