If the broadband speeds for the computer directly connected to the internet are of an acceptable level, but there are still problems with the WiFi enabled devices it could be that there is a significant level of network interference from other wireless devices.

It’s a sad fact that the part of the radio spectrum licensed for use by WiFi routers is also used by whole host of other wireless devices such as baby monitors, cordless phones, and audio / visual transmitters, and the use of any of these is likely to affect your WiFi speeds. There are also other electrical devices such as Microwaves and even hot water control units that can affect your speeds.

Unfortunately there is no easy way to test if this type of interference is causing a drop in speed directly, the only way would be to systematically  turn off the ones you can and see if you get an increase in speed.

Another common cause of wireless interference is that of Channel Conflicts – wireless routers have a range of different channels that they can broadcast their data on, but often come pre-set to one of just two or three of those channel (4, 7 and 11 are the most popular ones). Using a tool such as inssider on a wireless enabled laptop or tablet will allow you see which channel your router is broadcasting on, and also what channels any other local routers are broadcasting on.

If you use inssider and find that a lot of other routers are using the same channel as yours, you just need to go into your routers control panel and find the option to change the channel to one that’s not being used by any other local routers. 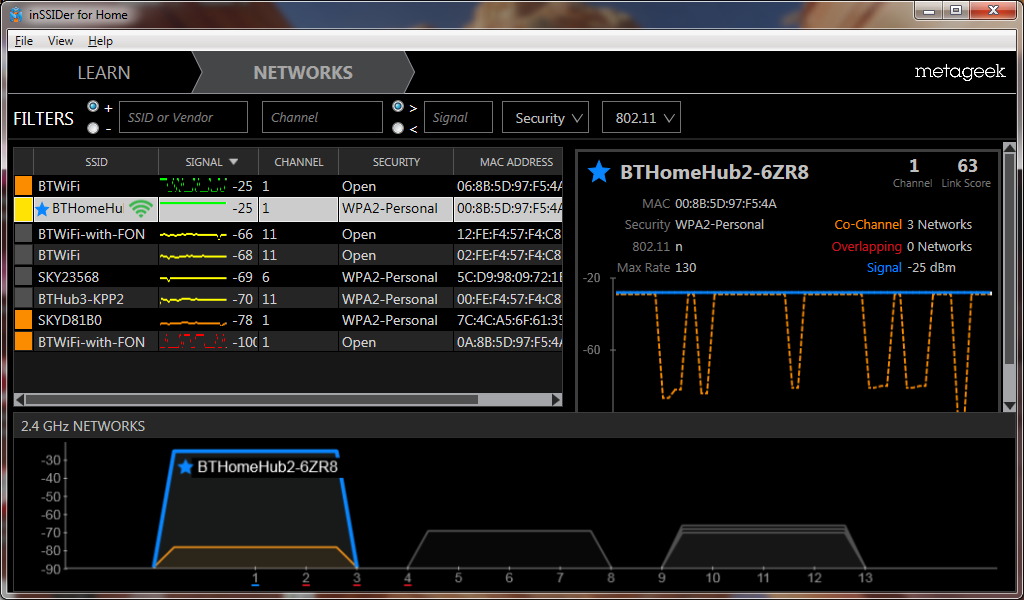