Show Desktop on Start-Up in Windows 8.1

One of the most vilified features of Windows 8 was its boot up in to the Modern Interface (tiles screen) when a device was switched on.

With Windows 8.1 Microsoft put in a feature that allowed laptop and desktop users to have their machines boot show desktop when logging on – this made Windows 8 much closer to previous versions of Windows in it’s operation, although the ‘Start’ button still didn’t give most users the functionality they required.

Setting your PC to boot in to the desktop screen in Windows 8.1 is very, easy and takes only a few clicks. 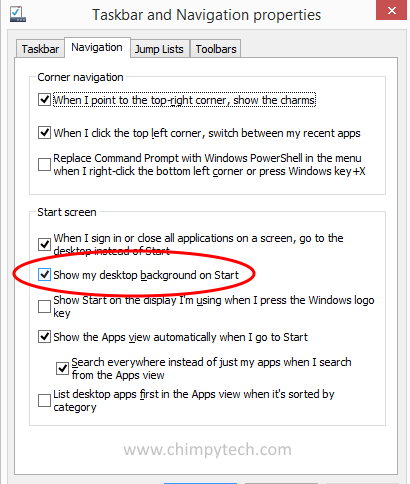